Restraints in the Context of an Employee, Director and Shareholder

It is not uncommon in businesses that an employee can also simultaneously be a Shareholder and Director of a company. The matter of Agha v Devine Real Estate Concord & ORS [2021] NSW CA 29 dealt with this situation.

This case considered restraints in circumstances where there was a Shareholders Agreement and an Employee Agreement for Mr Agha. Both of the documents contained clauses in relation to Restraint of Trade as well as clauses protecting confidentiality. An issue that needed to be considered was which restraint applied out of the two documents as they provided different periods and overlapping areas of restraint.

The post-employment restraint period under the Employment Contract was for a maximum of twelve months whereby the restraint in the Shareholders Agreements was for a period of three years.

The brief facts of this case were as follows:

Mr Agha gave notice to Devine Real Estate that he was going to resign from his employment, sell his shares and resign as a Director.

Devine Real Estate discovered shortly thereafter that Mr Agha had sent confidential information to his personal email address and entered into an Employment Agreement with a competitor, Bell Property.

Devine Real Estate then brought proceedings in the Supreme Court which were later put on appeal by Mr Agha.

Both the primary judgment and the Court of Appeal agreed that the more extensive restraint in the Shareholders Agreement was valid and enforceable. Given Mr Agha’s seniority and position as a past shareholder it was reasonable.

Further, Mr Agha was in breach of soliciting existing clients within a restraint area whilst working for a direct competitor.

Should you need assistance in relation to these issues, Everingham Solomons has the expertise to assist, because Helping You is Our Business.

So you won your court case. That might not be the end of the story. 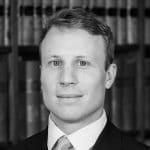 Before you sue someone, it is critical to consider whether you will actually be able to get them to pay you money or give you property if you win your court case. If you don’t, you could be in the unfortunate position of having won your case but not being able to enjoy the spoils of your victory.

Generally, after winning a court case the court will make orders requiring the losing party to pay the winning party a sum of money or give them certain property. However, there is nothing to guarantee that the losing party will actually obey the court’s orders immediately. Similarly, they may not have money or property to be able to satisfy the court’s orders – as they say, you can’t draw blood from a stone.

However, if a person refuses to pay you under a court order, there are a range of measures available to you that can be used to force someone to obey the court’s orders. Broadly, these measures are referred to as “enforcement actions”.

The most commonly used enforcement actions are:

A judgment can be enforced for up to 12 years after it is made. If the losing party can’t perform the court’s orders immediately, you should closely monitor their financial situation so that enforcement proceedings can be swiftly commenced when they are in a financial position to satisfy the court’s orders.

At Everingham Solomons, we have a range of solicitors with expertise in litigation and enforcement proceedings. This allows us to give you realistic and practical advice about the best way to maximise your claim against another party because Helping You is Our Business.

I have recently joined Everingham Solomons where I work in the litigation and business law team.

I moved to Tamworth in 2019 to join my wife who works at a local secondary school. I have felt warmly welcomed by the local community and I am thoroughly enjoying the lifestyle offered in Tamworth.

Prior to moving to here, I worked in Sydney at one of Australia’s largest commercial law firms where I focused on commercial litigation and business transactions. This included resolving contractual disputes, engaging with regulatory bodies, and preparing contracts/other business documents. I also spent one year working at a youth legal centre where I practised in criminal law. I believe this broad experience has prepared me to meet the diverse legal needs of the local community.

In my spare time I like to stay active by walking my dog, playing team sports, cycling and losing golf balls.

I pursued a career in law because I enjoy helping people and advocating for their interests. For me, a good lawyer is someone who listens, understands their client’s objectives and turns that into practical outcomes. I look forward to doing this for the local community as part of the Everingham Solomons team, where Helping You is Our Business.

On 20 April 2016 the Supreme Court of New South Wales gave its judgement in the matter of HIH Insurance Ltd.

The plaintiffs in the case were shareholders (‘the shareholders’) who acquired shares in HIH Insurance (‘the company’) between October 1998 and March 2001.

What was interesting about this case was that the shareholders never looked at the financial statements and never contended that the misrepresentations caused them to buy the shares. They agreed that they would have bought the shares anyway.

The judge sided with the shareholders. Expert evidence proved that between June 1999 and June 2000, the company’s shares traded between 6% and 13% higher than they would have done if it were not for the misrepresentations.  The judge ordered the company to pay the plaintiffs damages to that extent.

The judge’s decision was a novel one and the company has appealed to the High Court.

If you need advice on any type of complex corporate or commercial matters, contact Everingham Solomons because Helping You is Our Business.

Do the Words you have Used Reflect your Intentions?

As lawyers, when it comes time to closely examine the terms of a commercial contract, we often hear “Yes, that’s what the words say but what we really meant was…”. It is an uncertain and risky business practice to have commercial contracts in place in which the words do not reflect the intentions of the parties.

The High Court has recently restated the legal principles around determining the meaning of the terms of commercial contracts in the Mount Bruce Mining v Wright Prospecting case.  The proper approach can be summarised as follows:

So, most of the time what the parties actually meant will not even be considered and the parties will be held to the words they have used in the contract. The key is to be clear with the words in the contract and to ensure that they reflect your intentions for the deal.

At Everingham Solomons, we work with you to ensure the words in your contract reflect your intentions because Helping You is Our Business.

Look every horse in the mouth

In September 2015, the Supreme Court of NSW delivered its judgment in Capogreco v Rogerson.  It’s an interesting case and perhaps a timely deterrence for would-be horsemen, tempted to act hastily in the shadow of the Melbourne Cup.

The proceedings centered around a race horse called Arlington. Arlington was originally purchased by Gerry Harvey as a yearling for $1.55 million and then syndicated. One of the syndicate owners, a Mr Rogerson, sold a 25% share to Mr & Mrs Capogreco for almost $500,000.

Apparently, it came as some surprise to Mr & Mrs Capogreco when the great expectations that they held for Arlington were not realised. Arlington raced in both Australia and New Zealand and did not achieve much success in any Group 1 races, save for a modest third in the Randwick Guineas.

At some point the owners’ syndicate took the reins and made the decision to sell Arlington. There was a separate issue in the proceedings as to whether or not the Capogrecos consented to the sale, but in any event, Arlington sold for $60,000. The Capogrecos, in a deal they’d rather forget, therefore retained $15,000 of their $500,000 investment.

Clearly disgruntled, the Capogrecos were chomping at the bit to get into court.  Never better than an each way bet, the Capogrecos boldly claimed that they purchased Arlington on the basis of a misleading representation made by Mr Rogerson, that, ‘it was a safe investment’. Mr Capogreco said that Mr Rogerson led him to believe that he was ‘100% guaranteed’ to make money out of Arlington.

The court found that the Capogrecos were experienced business people and had some experience in horseracing. Not surprisingly then, the Supreme Court viewed the evidence and claims of the Capogrecos with much doubt.  Mr Rogerson passed the post first by a long margin and the claims made by the Capogrecos for misleading and deceptive conduct were dismissed.

At Everingham Solomons Solicitors, we have the expertise and experience in all types of commercial litigation.  If you’re involved in a commercial dispute, contact us because Helping You is Our Business.