What’s in a name?

Applying to change your child’s name after separation or divorce. 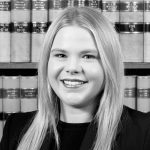 Under the Family Law Act 1975 (Cth), parents are required to make decisions jointly in regards to all matters concerning their child’s long-term care, welfare and development.

If both parents agree to change their child’s name, the process is simple. In New South Wales, applications to register a change of a child’s name are governed by Section 28 of the Births, Deaths and Marriages Registration Act 1995.

Coronavirus – Managing Parenting in a Pandemic. 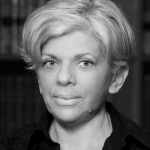 The coronavirus is having a significant impact on many public services and of course families. This includes the operation of the family law system and its associated courts.

The Family Law Section of the Law Council of Australia has recently published a Top 10 guide for separated parents during these testing times. Please see article below.

Separated parents experience both the joys and stressors of parenting. But additional pressures and stresses such as those associated with the Covid19 Pandemic can be hard to accommodate and provoke anxiety in parent and child alike.

Is A Sperm Donor A Parent? – Sophie Newham

Many individuals now plan to have children on their own without a partner.

This means that the traditional make up of a family is no longer clear cut and the law has to keep up with significant social and cultural changes in society making the definition of parents and families so much more complex.

Many parents who use formal or informal sperm donors or conceive a child outside of a married or de-facto relationship, want to know whether sperm donors have any parental rights once their child is born.

There are a number of relevant laws in place in New South Wales, but in summary a sperm donor is presumed to not be a parent of a child unless married or in a de-facto relationship with the mother at the time of conception.… Read More

When married or de-facto parties with children separate they should try to enter into practical and child focused arrangements between themselves in regard to the care and welfare of their children.

The law states that parenting matters must always consider the best interests of the child as the paramount consideration.  It must also ensure that children are protected from physical or psychological harm from being exposed to abuse, neglect or family violence.

Parents do not actually have rights over children, but rather they have “parental responsibilities”. This incorporates decision making by parents as to major long term decisions such as who children are to live with, what religion they may practice, and where they are to go to school for example.… Read More

Am I entitled because it was convenient? – Sophie Newham

When a marriage breaks down, it is not automatic that a property settlement occurs under the provisions under the Family Law Act.

In the recent case of Higgins, which was before the Family Court in 2018, the questions arose as to whether or not a wife was entitled to a division of property under the Family Law Act.

The facts of this case were, the husband was aged 76 years, the wife was aged 43 years.

The parties met in 2006, at this time the wife was working as an escort, the husband became her client.  The parties married in 2012 and separated in 2015.… Read More

Such questions arose in the case of Weldon and Levitt (2017).

Short facts of this matter were as follows:

Can I be married and also have a de-facto spouse? – Sophie Newham

The Family Law Act in Australia determines whether couples are in de-facto relationships for the purpose of adjusting their property interests upon the breakdown of such relationships.

It is possible to be married and to have a partner who meets the definition of being a de-facto partner.

The court applies “elements” to determine whether, having regard to all the circumstances of the relationship that a couple “lived together on a genuine domestic basis”.

For example the court will look at aspects of the relationship such as:

Protecting assets in the event of a relationship breakdown – Sophie Newham

The Family Law Act 1975 deals with adjusting the assets and liabilities of separated married and de-facto couples. A property settlement is not a “right”, but rather the court must consider if it is fair and reasonable in all the circumstances for a property settlement to take place at all.

If a property settlement is necessary, the court must consider what actually constitutes the assets and liabilities of the parties. Often the issue of liabilities becomes a vexed issue.  For instance, is money provided by parents a gift or a loan which must be repaid?  If it is deemed to be a gift was it made to one or both parties? … Read More

When parties with children separate they should try to enter into practical and child focused arrangements between themselves in regard to the care and welfare of their children.  Arrangements should be structured and practical but also allow some flexibility.  Children have a right to a meaningful relationship with both parents and any parenting arrangements should reflect this principle.

For some parents, where there is a disagreement in respect of future parenting arrangements, the Family Law Act requires them to attend family dispute resolution, which is also known as “mediation” before embarking on making an application in court for parenting orders. In Tamworth, mediation takes place at “Centacare”.… Read More

Do I have a right to a property settlement? – Sophie Newham

Married couples and de-facto parties may seek to have their property divided when they go their separate ways.

If this is to occur, the Family Court must consider whether it is just and equitable for the assets of separated parties to be adjusted. There is no automatic “right” to a property settlement.

The recent decision of Chancellor & McCoy [2016] FamCAFC256 delivered in the full Court of the Family Court reinforces this principle.

The facts of that case were as follows: