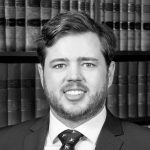 In my previous articles, I gave a short outline of Section 65Y of the Family Law Act which relates to the removal of a child subject to Family Law Court Orders from Australia. The penalties and preventative measures were discussed.
In some situations, such removal may have occurred before any preventative measures could be implemented. This is a both emotional, stressful time for a parent and members of an extended family.
Australia is one of over 100 signatories to an international law treaty which is referred to as the “Hague Convention on the Civil Aspects of International Child Abduction (1980)”.
This is the Convention which parents will be required to use if their child has been removed from Australia without their consent. Careful consideration needs to be considered prior to making an application for a child to be returned to Australia. Under the convention, the child requires to be under the age of 16. This differs to the Family Law Act which defines a “child” as a young person under the age of 18.
In order to make a successful application a number of elements must be satisfied, some of which are:
1. The child is under the age of 16 years.
2. The child was abducted or kept overseas for longer periods than agreed between its parent or guardian.
3. The country in which the child was removed is a signatory to the convention.

Such applications are made through a number of series of formal agencies such as:
1. The Federal Circuit and Family Court of Australia.
2. The Attorney General’s Department who, will appoint the Central Authority to assist in the return of the child.

If a parent is successful in its plea to the Attorney General to take action to return a child to this country, the Central Authority will make efforts to locate the child and return the child on an amicable basis. In some circumstances, when this cannot be done, the Central Authority may arrest the abductor and commence proceedings in a relevant Court system for the child to be returned.
In circumstances where a child has been taken from a non-signatory intervention country the process is very difficult. Countries which are non-signatories to the Hague are China (with the exception of Hong Kong and Macau), the Maldives, Vietnam, Vanuatu and Indonesia, just to name a few.
Readers may recall in 2016, an Australian mother and Channel Nine film crew were imprisoned in a non-signatory country after attempting to retrieve two Australian children who had been abducted by their father, in an attempt to return them to Australia.
At Everingham Solomons, we pride ourselves in being able to assist our clients in all aspects of matters associated with the Family Law Act. Everingham Solomons is where Helping You is Our Business.