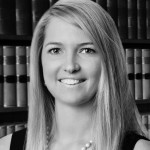 Under the Local Government Act 1993 (NSW), an on-site sewage system requires an Approval to Operate from the Local Council in order to be operated lawfully.  For an Approval to Operate to issue, and to remain force, the system must be inspected by the Local Council.  Councils are permitted to charge fees for these inspections.  Depending upon the risk rating of the system, the period for inspections varies from every 1-10 years.  The Local Government (General) Regulation 2005 (NSW) outlines performance standards and operational requirements.

It is the owner’s responsibility to ensure the system is registered and operating satisfactorily. It is recommended that owners undertake their own inspections, in addition to Council’s inspections, to ensue systems are operated satisfactorily.  A failing system could result in contamination including risks to health and the environment.

Initial steps owners of on-site sewage systems should take are:

Number 1: review performance standards and operational requirements, and arrange to undertake a self-assessment of your system; and

Number 2: consult your Local Council to ascertain requirements and inspection fees, and arrange an inspection (if not recently undertaken).

It is advisable for any purchaser of property with an on-site sewage system to request evidence of the approval or undertake inspections to confirm compliance.  Accordingly, if you are selling property which has an on-site sewage system, you may wish to consult Council sooner rather than later to avoid any delays in exchange of Contracts once a purchaser is found.  As the Approval to Operate is issued to the owner and not the property, purchasers should ensure that the Approval to Operate is transferred into their names following settlement.

For further assistance and for all your property needs, contact Everingham Solomons where Helping You is Our Business.